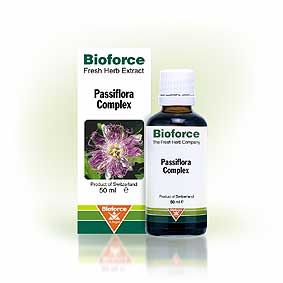 Passiflora incarnata is widespread in the southern United States and has been used historically by Native Americans as a herbal remedy. In Mexico the Aztecs, and in South America Incas & other Native Indians use both foliage, juice and root of a number of Passiflora. We do not have their expertise so I suggest that you always take standardised commercial products rather than make your own tea etc. The only widely available products are from P. incarnata. Usually dried foliage, tinctures etc are taken, generally to reduce anxiety, improve sleep and reduce muscle spasms. It is thought to be a very safe herb but do NOT take if on MAO inhibitors, or if pregnant or breastfeeding. There is some suggestion that in excess it may cause uterine contractions. If tempted to pick your own (6 gm dried herb a day taken as a tea typically recommended by herbalists) don’t. Your plant may not even be P. incarnata. It has very variable flowers and foliage. There is at least one herbal book (otherwise a very good one) with a photo that incorrectly shows P. caerulea as P. incarnata. (Herbs for the Soul – Emotional healing with Chinese and Western Herbs and Bach Flower Remedies (2001) Author: Tamara Kircher. Photography by: Graeme Harris. Published by Thorsons.) P. caerulea is NOT safe or beneficial to make tea from, although in practice boiling will break down any cyanide. There are a number of troubling reports (sometimes involving other factors) with a consistent theme of trembling, weakness, tachycardia and death. Here is a properly documented case of toxicity:-

BACKGROUND: Herbal medicines may have significant adverse effects which are not suspected or recognized. CASE REPORT: A 34-year-old female developed severe nausea, vomiting, drowsiness, prolonged QTc, and episodes of nonsustained ventricular tachycardia following self-administration of a herbal remedy, Passiflora incarnata L., at therapeutic doses. The possible association of symptoms with Passiflora was not recognized for several days. She required hospital admission for cardiac monitoring and intravenous fluid therapy. CONCLUSIONS: Passiflora incarnata was associated with significant adverse effects in this patient. It is important to ask specifically about the use of herbal medicines in patients with undiagnosed illnesses.”

P. caerulea foliage has chrysin (5,7-dihyroxyflavone ) extracted from it. It reputedly has some properties similar to benzodiazepines but is also thought to boost testosterone. Biochemically it is unlikely to do both. It is commercially available in tablet form. I would not recommend making any preparations of P. caerulea yourself.