From the Washington Biologists’ Field Club

‘Ellsworth (“Buddy”) was born on September 2, 1890, in Rochester, New York. He completed an AB degree at the University of Rochester in 1911 and worked as an associate curator at the Rochester Academy of Science until 1917. He was in military service from 1918 to 1919, during which time he won the Chevalier of the French Legion of Merit. After the War, he was appointed an aide in the Division of Plants at the Smithsonian Institution and became head curator in 1946 after the retirement of W. R. Maxon. Ellsworth retired in 1950 at the age of 60. 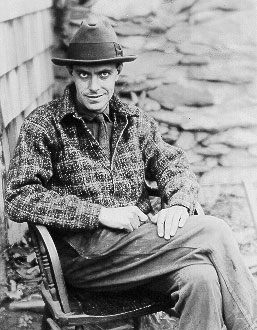 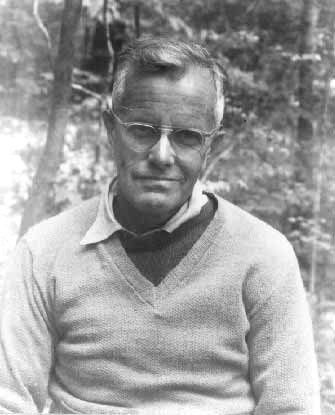 Ellsworth was elected to the Washington Biologists’ Field Club in 1922, served as president from 1934 to 1937, and was awarded an honorary membership in 1961. He appears in many Club photographs, such as those of removing the invasive Japanese honeysuckle and improving the cabin and grounds. He died on November 21, 1968, in Redlands, California.’

‘Ellsworth Paine Killip, botanist, was born in Rochester, New York, on September 2, 1890. Killip attended the University of Rochester and received an A.B. in 1911. From 1914 to 1917, Killip held the position of associate curator at the Rochester Academy of Sciences.

On July 7, 1919, Killip was appointed as an aid in the United States National Museum, Division of Plants. He became assistant curator of the Division in December 1927, and on June 1, 1928, became an associate curator. Upon the retirement of William Ralph Maxon in 1946 (see Hunt Institute collection number 84), Killip was made curator of the Division of Plants.

Killip’s main studies were on the taxonomy of South American plants. Some of his expeditions to South America are documented in this collection. Among his publications is an article, “American species of Passifloraceae,” 1938, and a major study on the passionflower family that was published in two volumes.

Killip was a member of the American Association for the Advancement of Science, the Cosmos Club, and the Washington Biologists’ Field Club. He died in California on November 28, 1968.’

“My guides in the humid forest of the Cordillera Province of Chiriqui, Panama.”
Image from Harvard University Herbaria taken by botanist Ellsworth Paine Killip [1890-1968].

‘Ellsworth Paine Killip (1890-1968), a botanist from the National Herbarium of the Smithsonian Institution who by chance was associated with the collection gathered by one of the great biological expeditions of modern times, the Royal Botanical Expedition led by Jose Mutis of Spain to the area known then as Nuevo Granada, an area that today would include large parts of northern South America and southern Central America. This monumental effort began in 1783 with the blessing of the Spanish Court and included botanical, biological and mineralogical surveys. Continuing for some thirty years, the expedition made a vast collection of specimens and descriptions, including some 6000 illustrations of 2700 plant species, possibly the greatest collection of botanical illustrations ever made. After the deaths of Mutis and his successor, Francisco Caldas, the King of Spain summarily ordered the collection shipped to the Royal Botanical Gardens of Madrid, where it languished essentially forgotten and unused until 1929. It was then that E.P. Killip began the enormous job of organizing it, a job whose fruition was not to be until the late 1953 with the publication of the first volume of illustrations. Thus far 23 volumes have been produced representing perhaps one-fifth of the species that were described by Mutis and Caldas.’

From The Smithsonian Institute Archives

‘One of the botanists I met in Washington was Ellsworth Killip, quite an interesting chap. He was quite a good botanist. He had collected in both North and South America when it was quite the thing to do. His principal problem was that he was a bit of an alcoholic, but he was fun to see at meetings if you didn’t see too much of him, shall we say.
So far as I could discover, at any party he went on, he got sadder and sadder as the evening went along: and when he came out to Berkeley, I think he had hosted Lipman often, Lipman wanted to do something in return.’

A bit sad, but gives something of the character of the man.