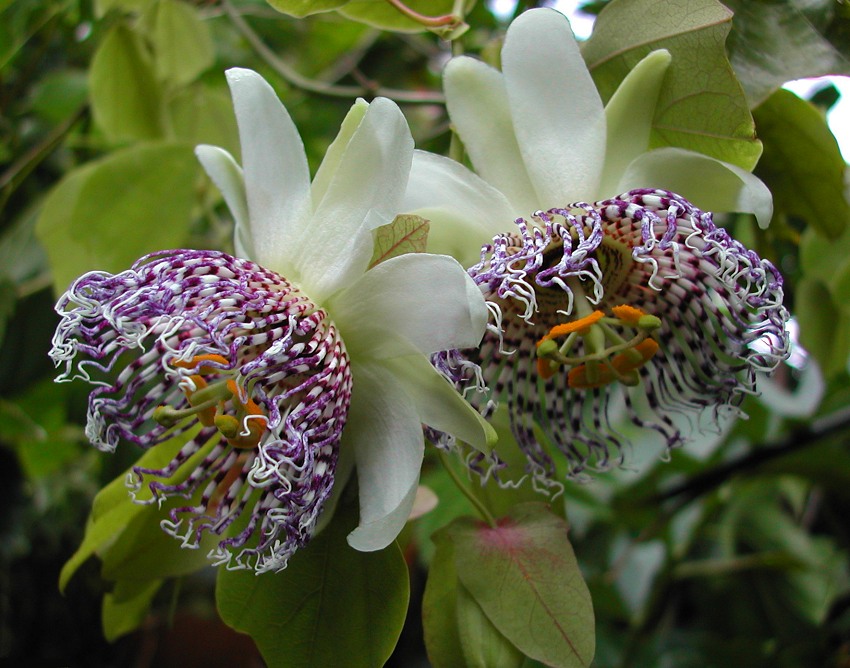 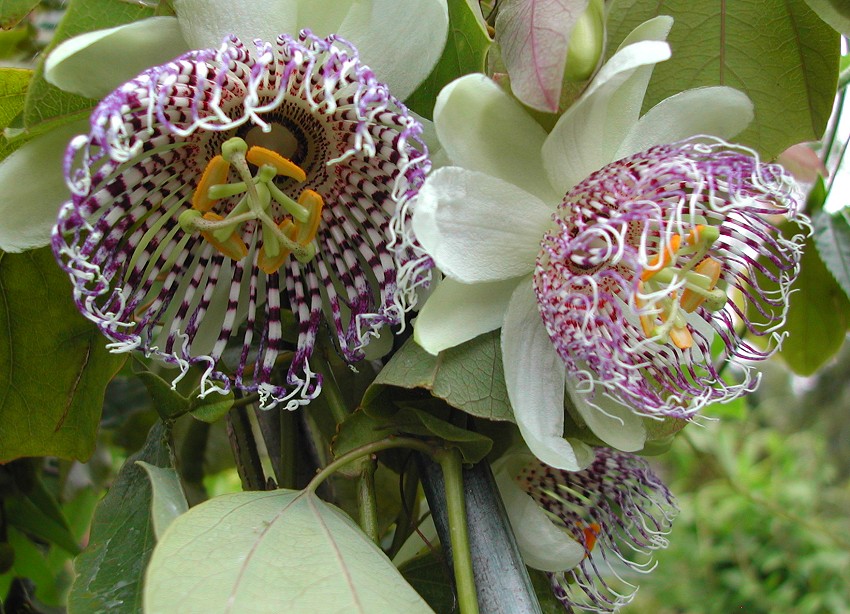 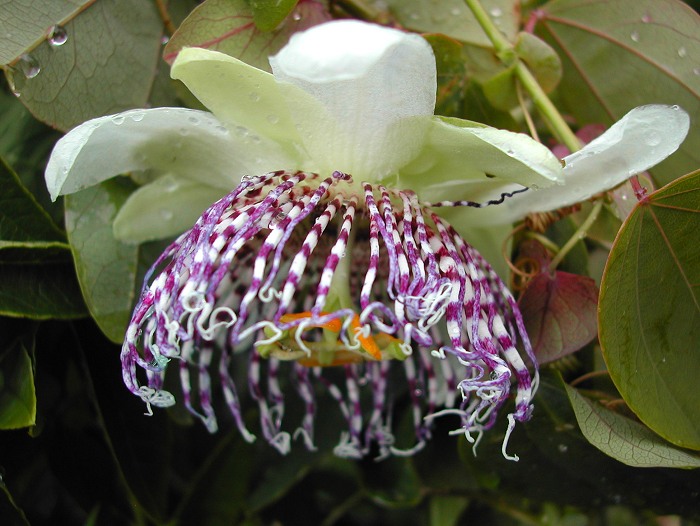 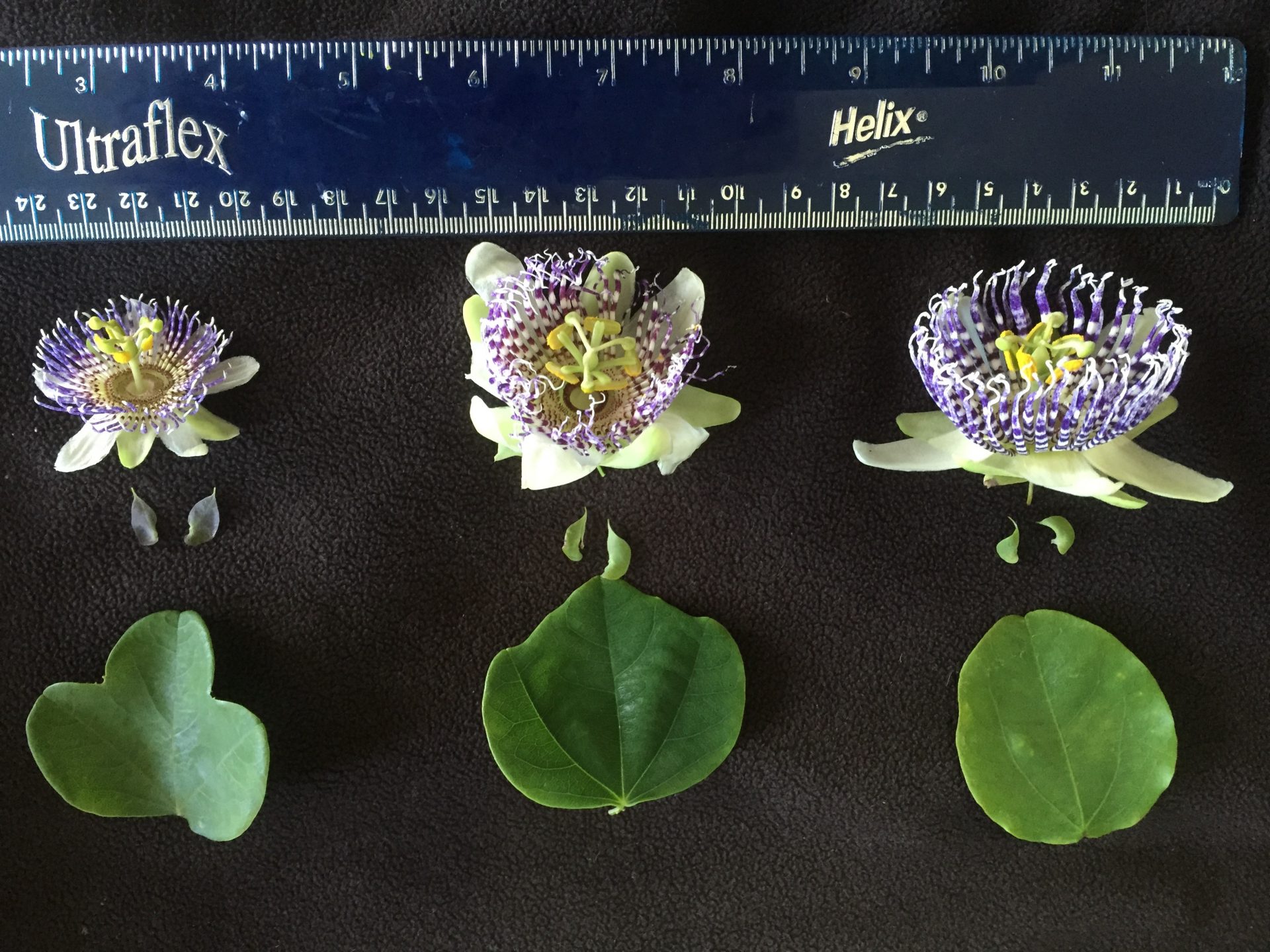 Passiflora sidifolia, as well as having a beautiful heavily perfumed flower, has also been the object of much discussion re the correct spelling. Alternative spellings, which are both incorrect, are Passiflora sidaefolia and Passiflora sidiifolia. So which is correct, and why? My thanks to taxonomists John MacDougal and Harlan Svoboda for clarifying as below.

In the original publication by Max Joseph Roemer it is spelt Passiflora sidaefolia. This spelling was also used by Killip (1938) and indeed Linda Escobar on a herbarium sheet in 1988. The botanical term for the second name of a plant is the ‘specific epithet’ of the binomial formal name of the plant. The name may have meaning e.g. refer to a characteristic of the plant, where it was found, honouring the name of the finder etc. or it may have no meaning at all. In this case two Latin words, Sida and Folia have been compounded to mean an apparent likeness to the genus Sida in the Malvaceae. So the epithet means “leaves like Sida.”

So the names have been joined together, but have they been joined correctly? To bring order and consistency there is the International Code of Nomenclature for algae, fungi and plants. According to the “Code” the incorrect orthography (spelling) of an epithet formed by compounding nouns is an error to be corrected. The Code is meant to be retroactive. It even applies to typifying a name: prior to the 20th century the convention of designating a type specimen was uncommon as there were no enforceable rules for such an action at that time. Now, however, the Code demands that ALL names must have a type, so experts now have to choose a type specimen even though the original author/botanist didn’t do it back then. Those names aren’t invalid or rejected, it’s just that we have to clarify some things so that nomenclature is standardized across the board. Same thing with the naming conventions: if a name was misspelled or otherwise incorrect before the current Code was in place, experts now have to go back and fix some minor issues to make sure everything conforms to our agreed-upon standards.

So, the epithet should be spelled “sidifolia” in accordance with Article 60.10 of the Code. The convention here is to remove the ending vowel (the “a” of Sida), add a connecting vowel (“i”), and then add on the “folia.” The original spelling of “sidaefolia” is simply being corrected to conform with the spelling rules of the Code and doesn’t affect authorship, validity, or acceptance of the taxon. 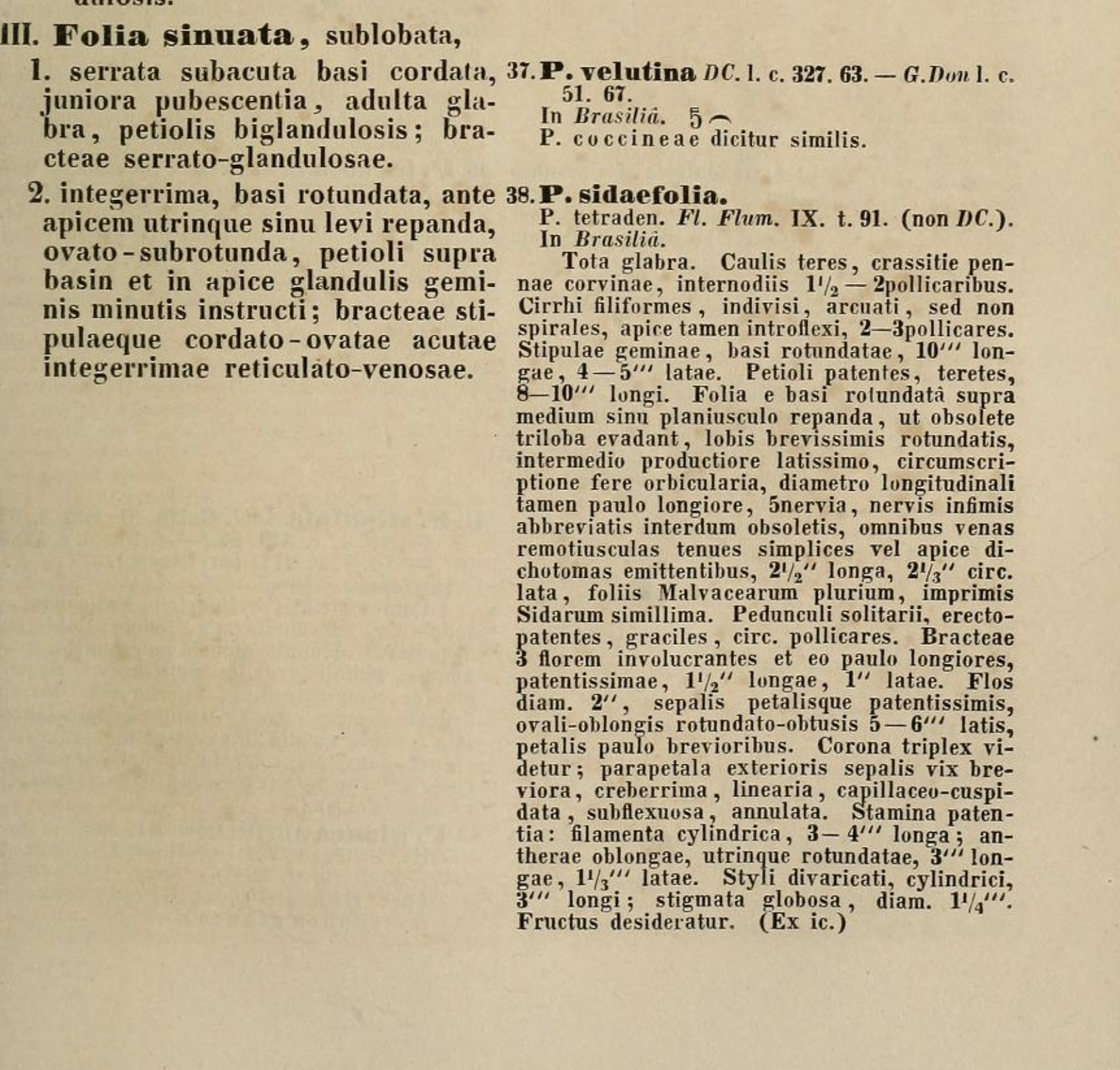