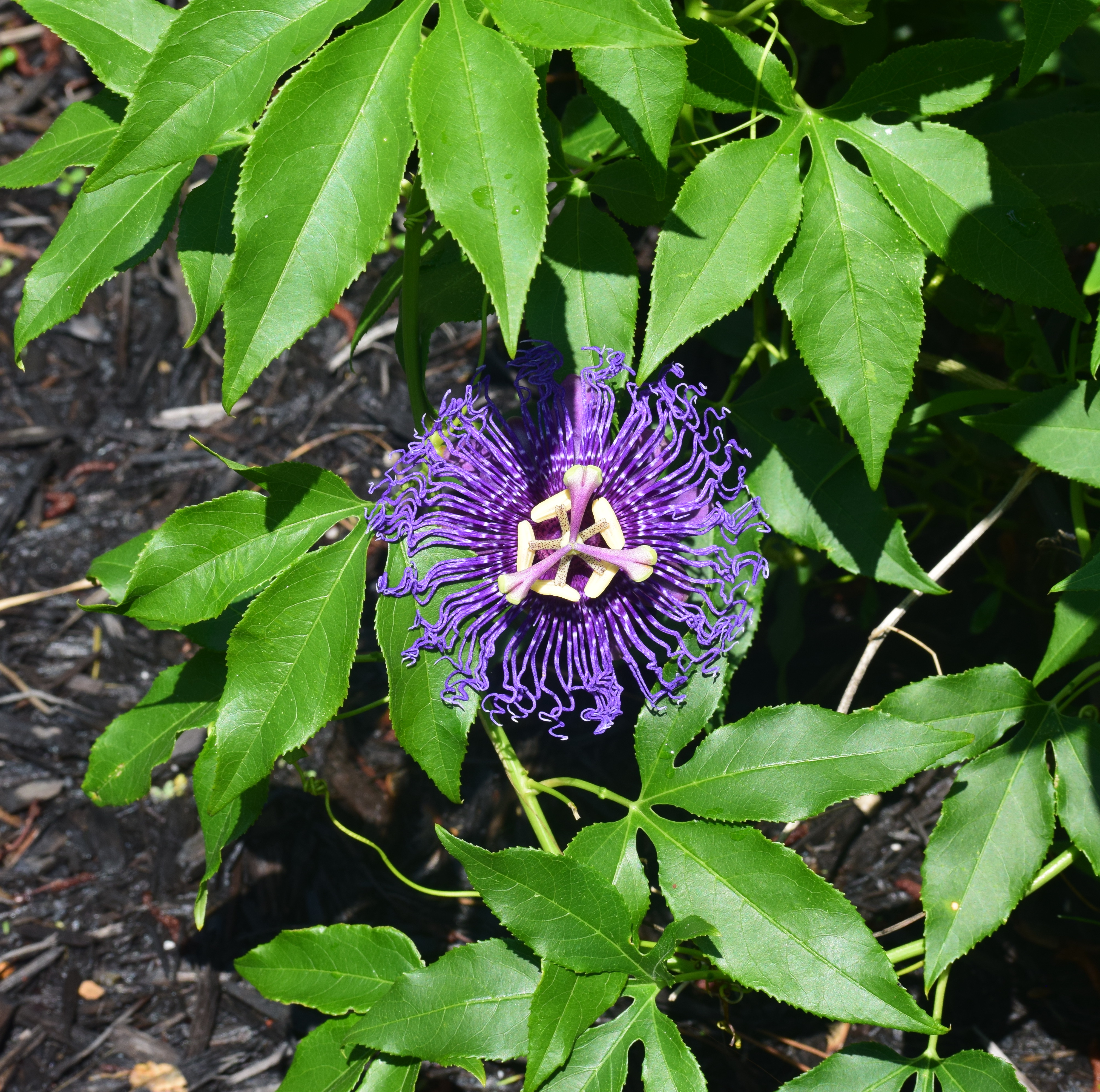 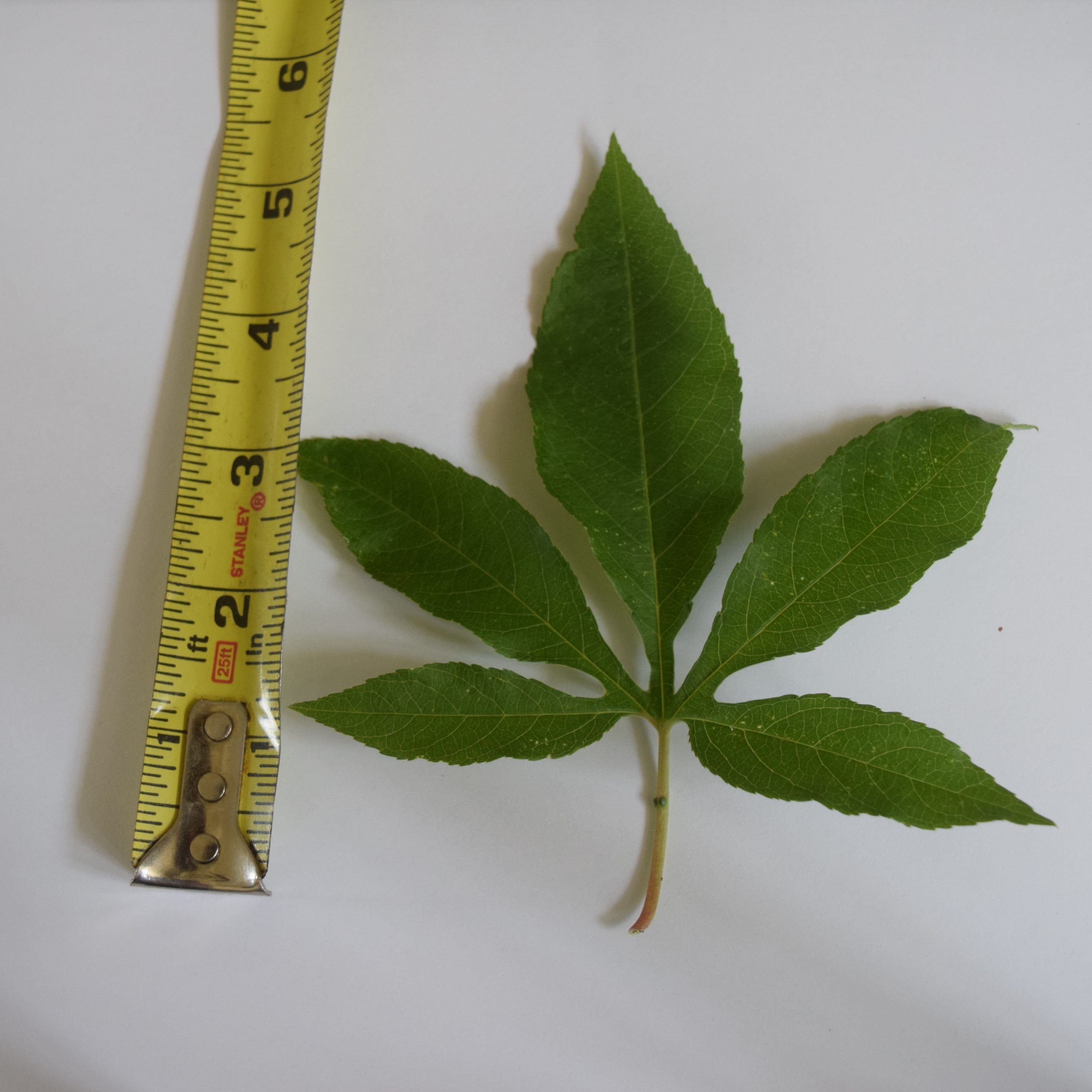 Passiflora ‘Incense’ is a spectacular hybrid which, although it will die back to the ground below freezing, is potentially extremely hardy. I say potentially as these types of herbaceous Passiflora struggle in U.K. as our winters are too mild and wet. It is actually a failed attempt at a hardy heavily fruiting crop, producing green fruit ripening to yellow that although tasty contain few seed. It has however been a great success as a decorative Passiflora, though it can be invasive under some growing conditions.

P. ‘Incense’ is often confused with P. incarnata. To distinguish them however is simple. Padric Stephenson, who has wild collected numerous P. incarnata specimens advises that the leaves are always three lobed and the petiole glands (a pair of little bumps on the leaf stem) are hard up against the leaf, whereas P. ‘Incense’ has the glands halfway up the petiole as per the picture above. Also P. ‘Incense’ usually has five lobed leaves with just the occasional three or four lobed leaf. As it is so widespread in some of the same areas as P. incarnata however there is evidence that intermediate forms are occurring as they hybridise naturally in the wild. There is an excellent article on Passiflora incarnata by Padric Stephenson in the Passiflora Online Journal Issue 7 page 8.

There are also polyploid versions of similar crosses by Roland Fischer such as P. ‘Byte’, P. ‘Inspiration’ and P. ‘Temptation‘. There have also been further crosses, selfs, backcrosses etc between these polyploids and there are now many similar looking plants about which are sometimes  hard to distinguish. As a group though they are more heavily built than P. ‘Incense’ with both stronger foliage and bigger stronger flowers.

In HORTSCIENCE26(12):1541-1543. 1991 R.J. Knight Jnr. of the Subtropical Horticulture Research Station, Agricultural Research Service, U.S. Department of Agriculture, Miami, Florida comments, ‘In 1971, a clone of maypop (Passiflora incarnata) collected in Tennessee was crossed with P. cincinnata Masters (P.I. 98883), a passion vine from Argentina with spectacularly colorful flowers. The F, hybrid, named ‘Incense’, was released in 1973 (U.S. Dept.of Agriculture, 1976) and continues to be sold in the nursery trade. ‘Incense’ combines the ornamental value of its pollen parent with the ability of P. incarnata to survive temperate- zone winters in the vicinity of Washington,D.C. (Winters and Knight, 1975). As with its seed parent, all above ground parts of ‘Incense’ die in the first freezing weather of late autumn, but the vine resumes growth in spring and begins to flower in early summer.’