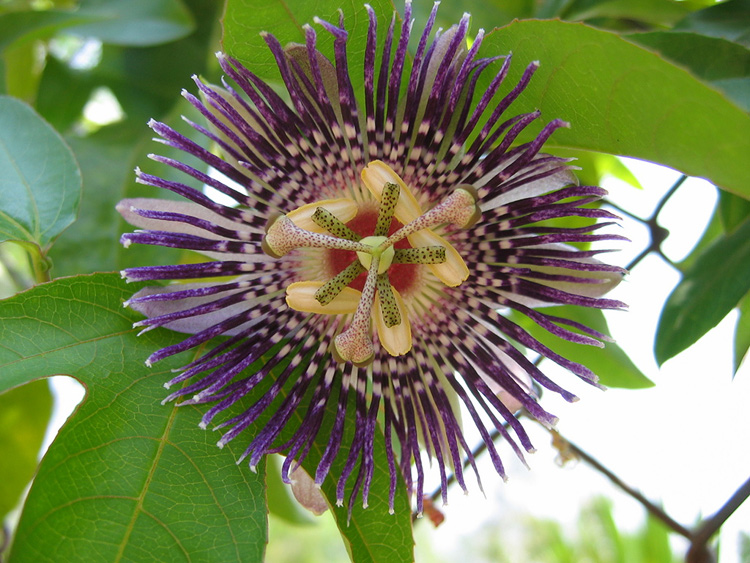 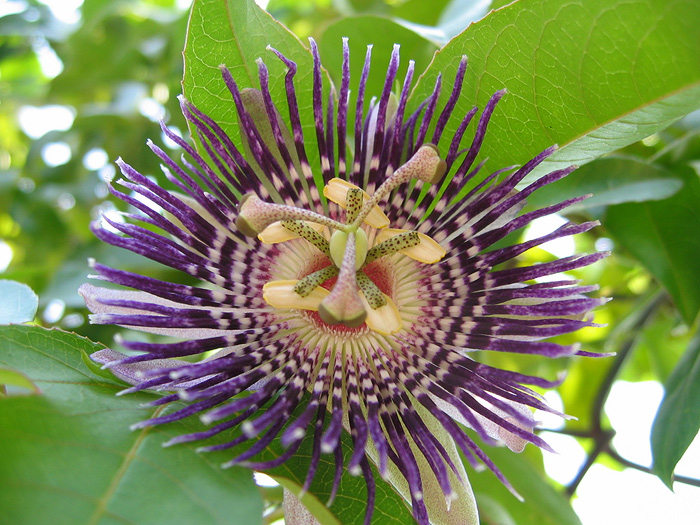 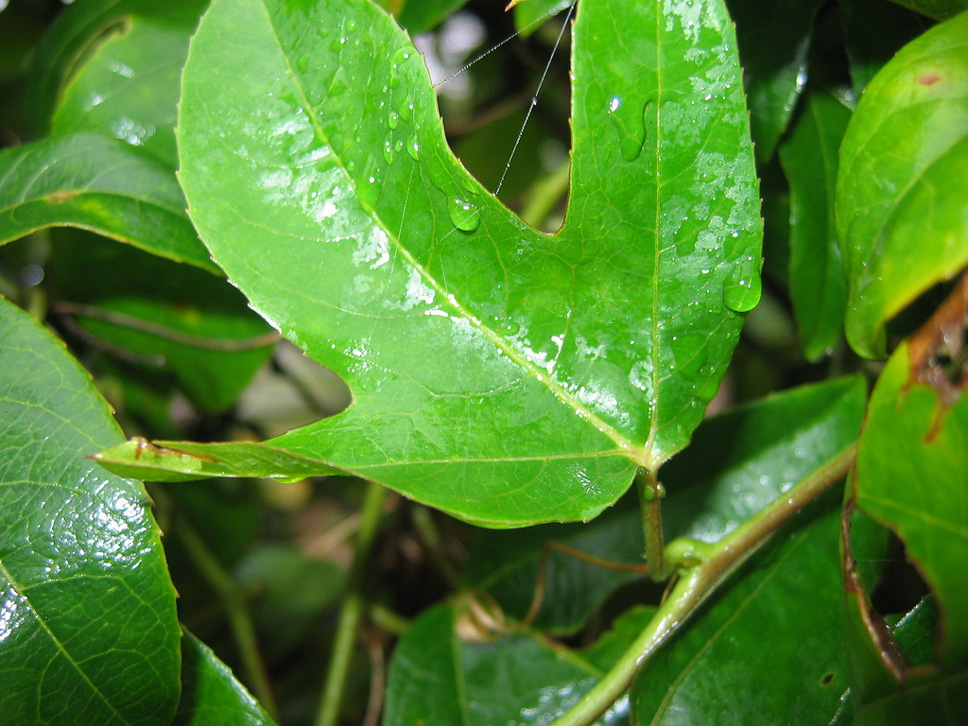 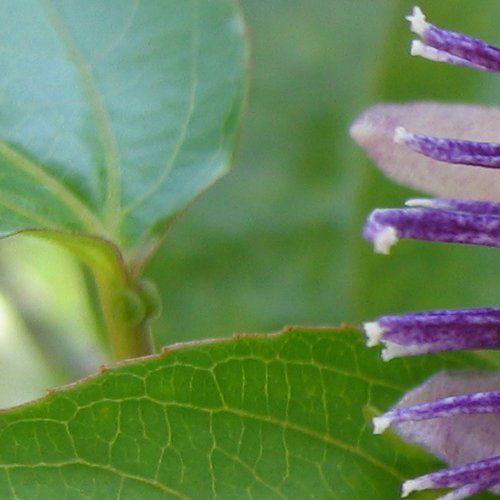 Passiflora ‘Son Fat’. Venkat Venkataraju comments, ”I have come across a Passiflora species in Trupathi, India (13°39’N, 79°25’E). I don’t have a better picture of this one or its fruits. The plant was obviously being grown as an ornamental plant.”

Thirupathi is one of the temple towns on top of a hill in south India. The local people believe that this flower represent the legend of Mahabharata.

“In India, blue passionflowers are widely seen and called Krishna kamala in Karnataka and Maharashtra, while in Uttar Pradesh and generally north it is called “Paanch Paandav” due to the flower’s structure lends itself to the interpretation along the lines of five Pandavas (See the Zoomed pic), the Divine Krishna at centre, and the opposing hundred at the edges. The colour blue is moreover associated with Krishna as colour of his aura.” From Project Noah

This plant has now been named by John Vanderplank et al as as Passiflora ‘Soi Fah’ It is also found in Thailand. He suggests that it is P. caerulea x P. laurifiolia? I’m unsure but it closely resembles an unreleased hybrid by Frank Moser which is P. incarnata x P. laurifolia. The petiole glands hard up against the leaf strongly suggest P. incarnata parentage. It is also found in Thailand and Pakistan.