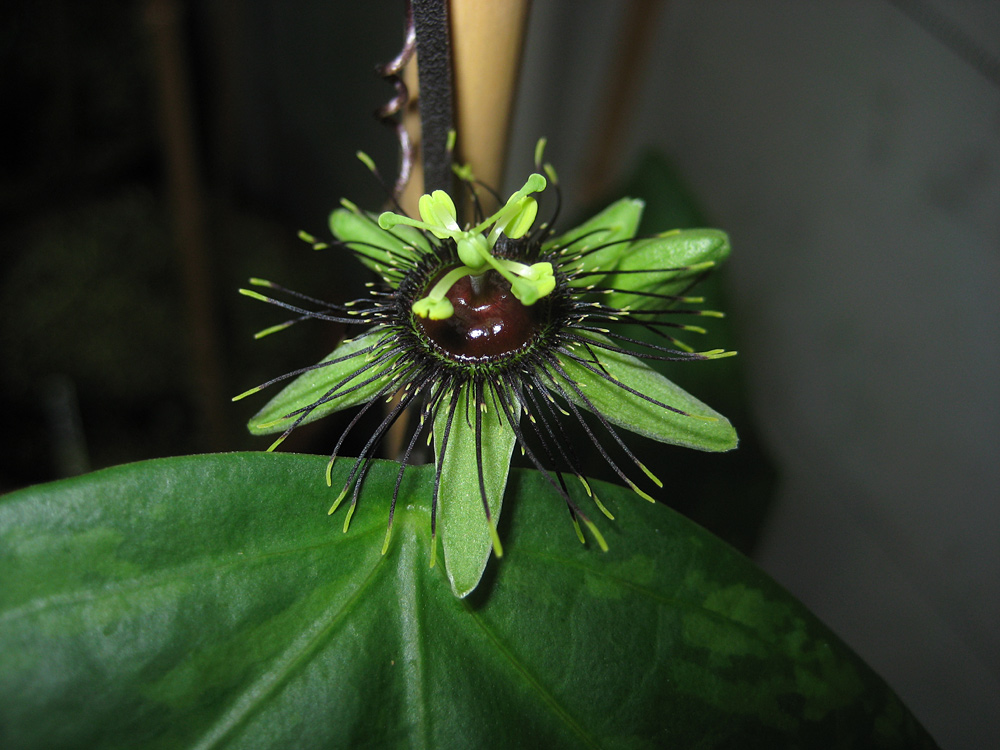 Passiflora xiikzodz. Found by J.M.MacDougal, it grows over Mayan ruins on limestone cliffs. The name derived from the Mayan for batwing. Ulmer & MacDougal (Passionflowers of the World) comment that

“Passiflora xiikzodz is among the most bizarre passionflowers. It has no nectary and produces no nectar; the pollinators of the plant are unknown and their reward is unknown.” “Perhaps the flower mimics that of another family, or perhaps insects are attracted by deceit. It is a mystery.”

It is rare in cultivation. Dr. John Vanderplank recommends a free draining alkaline compost of 50% limestone chippings with a little peat. 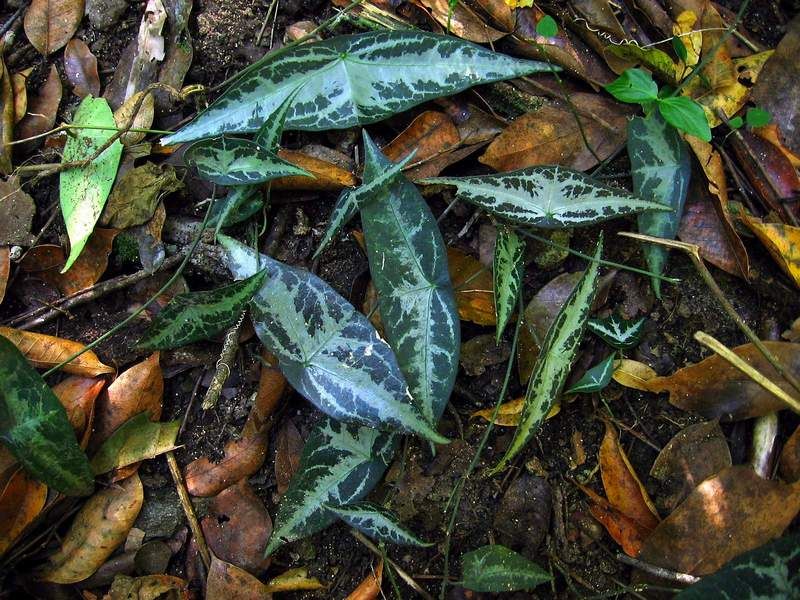 I do not think that this is a path that Passiflora have often gone down but many orchids achieve pollination by deception e.g. giving false promises of food or sex by their colour, shape and smell. So the question is what sort of pollinator is the plant trying to fool and how?

A possibility is a small wasp such as that above on P. suberosa. It could be that the colour is mimicking a little pool of blood to attract a carrion-feeding wasp – looking at the Mayan link as it is only found close to Mayan ruins it seems there was usually plenty of the real thing about! Just because there is no reward does not mean the pollinator will learn and avoid the flower. It may just think that it has failed to find where the nectar is and will keep looking. Most probably it will end up making futile efforts to force its way through the operculum to the nectar that isn’t there. 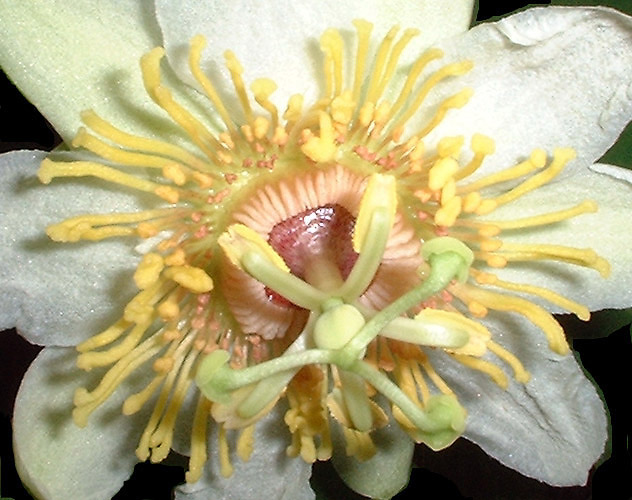 Pollinators know that sometimes they have to struggle to get to the nectar. e.g.the bigger P. hahnii flower, above, has an operculum which can only be pushed though by a strong large bee.