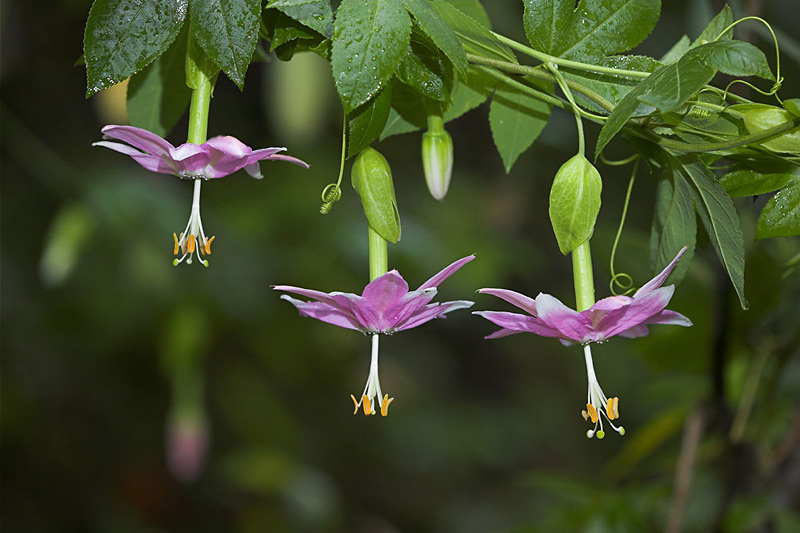 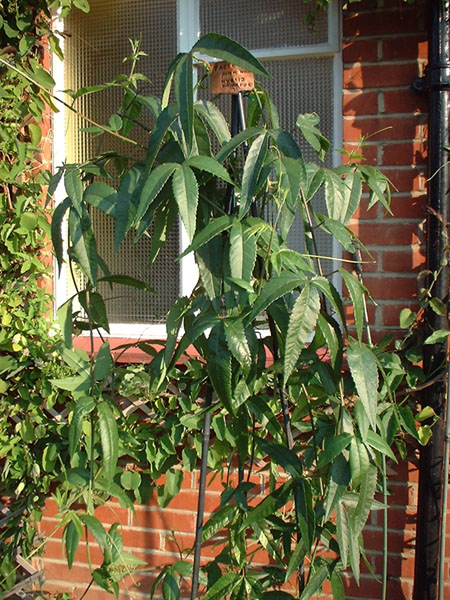 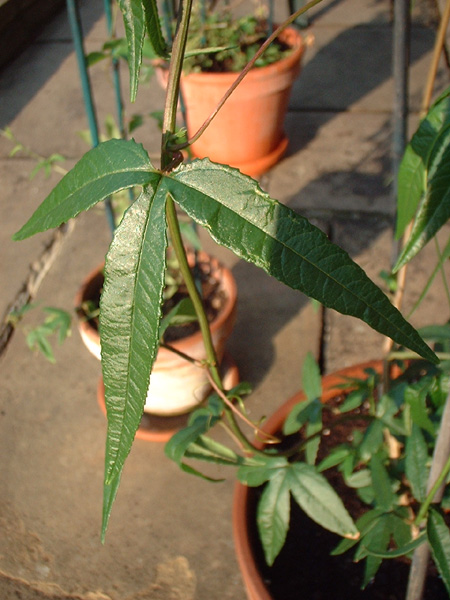 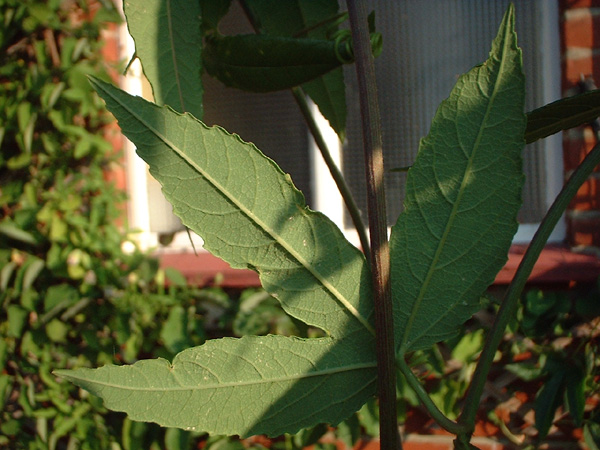 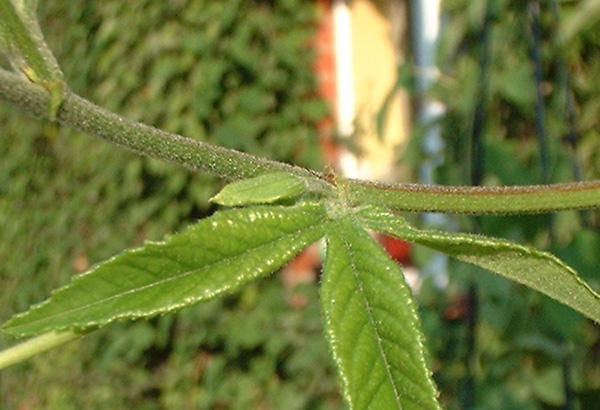 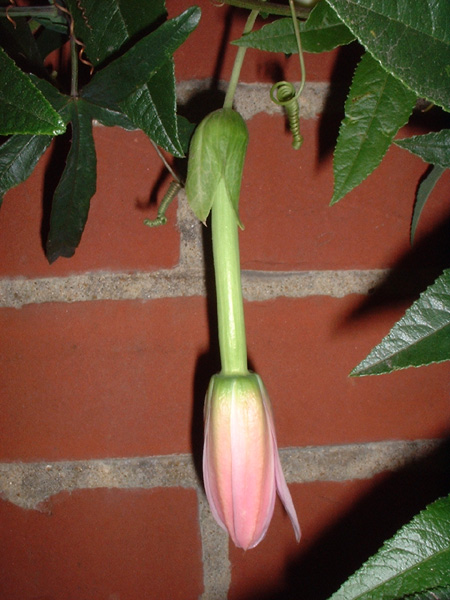 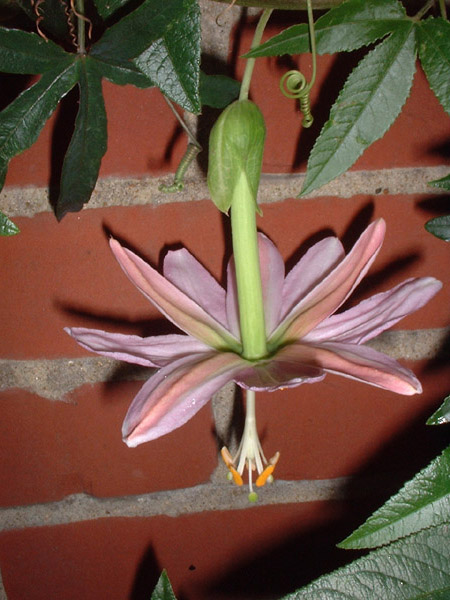 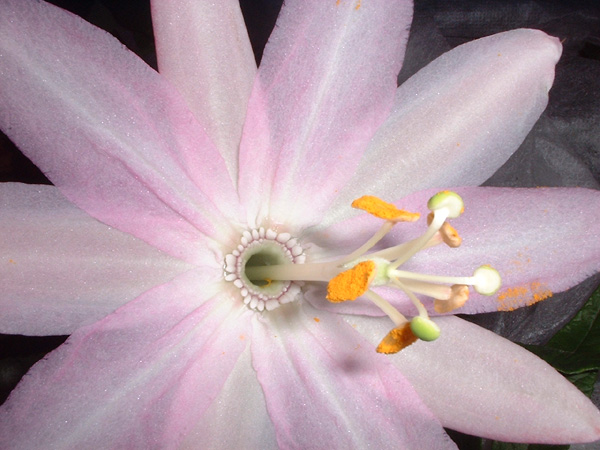 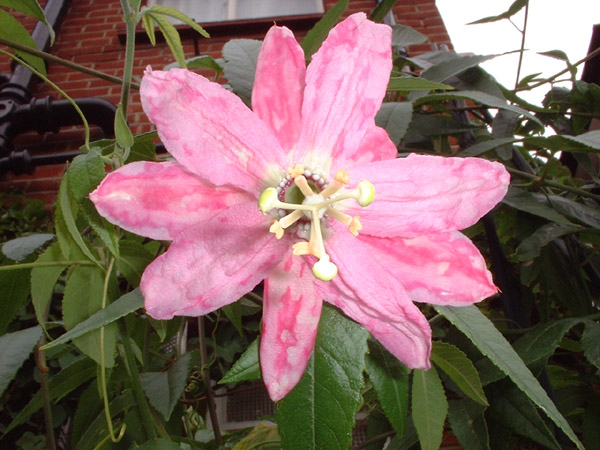 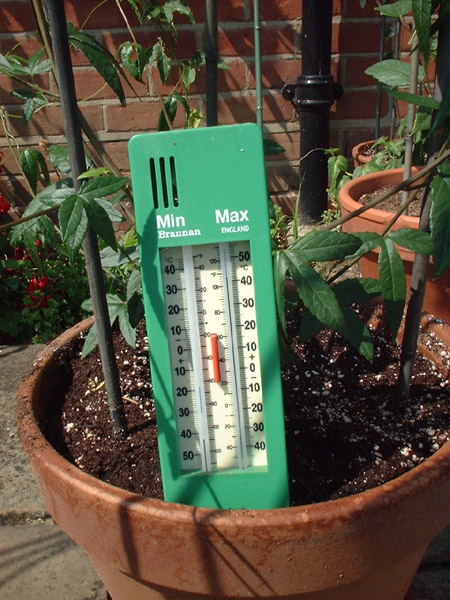 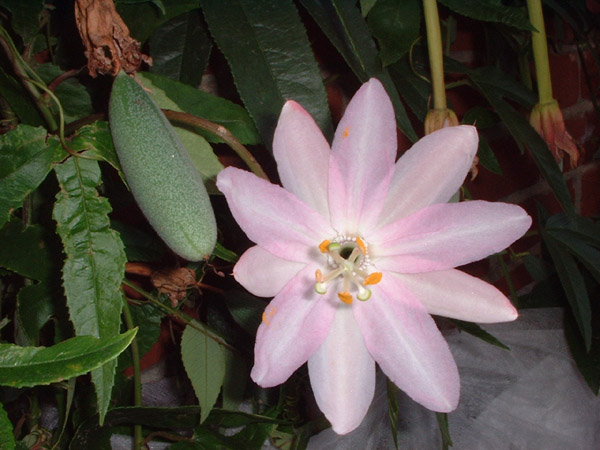 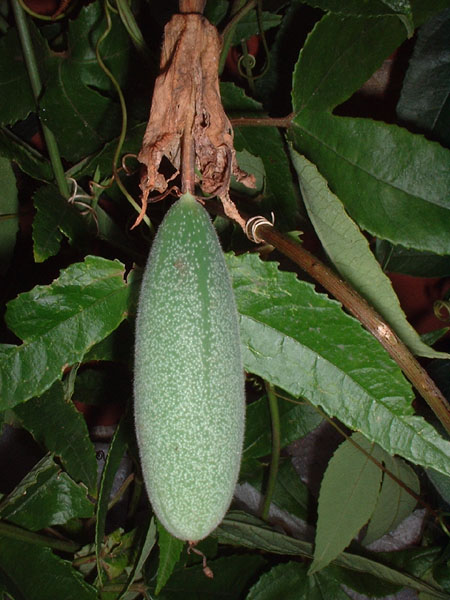 Passiflora tarminiana. The first picture, © 2005 Dr. Horst Kretzschmar, shows a typical P. tarminiana leaf shape and slightly reflexed flowers. My plant, see the rest of the Gallery images, was grown from P. tarminiana seed, wild collected from Ecuador. It grew from seed to flowering in about 7 months. It is very heat tolerant, invasive, vigorous, free flowering & self pollinates, readily setting fruit full of seed. It’s pollen will also set fruit on P. x exoniensis. Even as a tiny seedling it had distinctive foliage with atypical narrower lobes. Peter Møller Jørgensen advises that ‘it is a somewhat narrow leaf-lobe shape for P. tarminiana but the flower and stipules match perfectly.’

I have taken a number of cuttings which have been distributed to some UK nurseries for propagation. Its invasiveness is not a problem in UK because of our cold winters. it is extremely invasive in Hawaii however. Read more

See the CIAT site for more info & pictures re some of the tripartita type Tacsonia, many of which are thought to hybridize easily in the wild. P. tarminiana is widely grown in South America for its fruit, but reports of its tastiness vary greatly. Read more

”It was discovered only recently, and officially published early last year, that the ‘banana poka’ weed of Hawai’i, which had been thought to be Passiflora mollissima (or, if you prefer, P. tripartita var. mollissima) is NOT the real mollissima but is a new undescribed species. Yes, terrible weeds that are common can be unknown species to science, partly because few scientists study weeds. This new species was named Passiflora tarminiana Coppens & Barney (authors are fruit researchers working in Colombia), in honor of the Colombian agronomist Tarmin (accent over the i) who introduced Coppens to the study of passionfruits. Proof that mollissima and this are two different species came from study of morphology, hybridization, enzymes studies, and DNA sequencing, so it appears to be true. P. tarminiana is grown throughout the Andes, along with the true mollissima. True mollissima apparently is absent from Hawai’i.

You can tell them apart: real mollissima never opens its petals and sepals more than a bell-shape, and the sepals are very short in relation to the length of the floral tube. Tarminiana opens the petals and sepals flat open, even reflexed back, and the sepals are closer to the length of the floral tube. The leaves of tarminiana are always hairless on top. The stipules are different also, etc. This is from my head, sorry I don’t have the exact differences in front of me. I will look them up, and the reference, for you all later. Anyway, the pictures of “P. mollissima” in most books is P. tarminiana. It is prettier because the flowers open up more and are larger across.

It is amazing that this weedy species was not discovered until 2000 and it had covered over parts of Hawai’i, New Zealand, and Reunion. Some had suspected it was different, but could not give strong evidence… . Geo Coppens and his student, Victoria Barney, finally did.” Read more