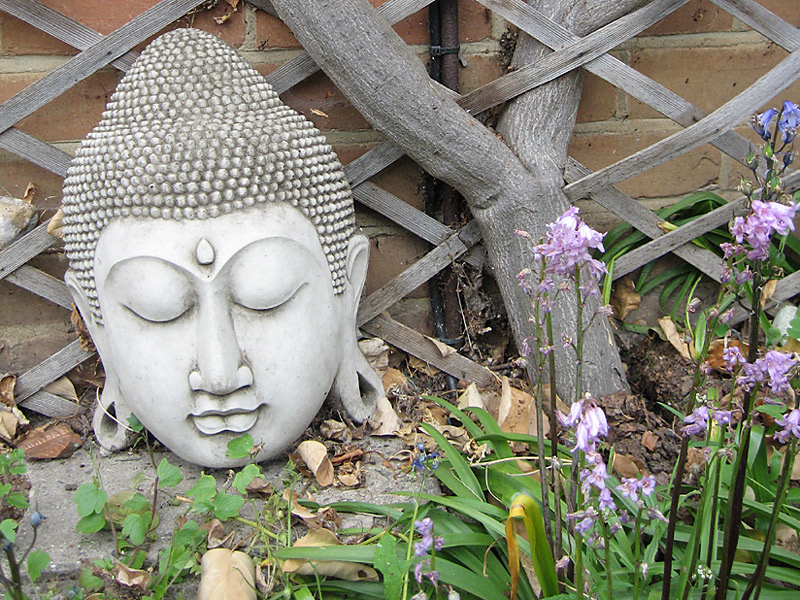 On 3rd May 2008 I raised a question on the Passiflora-L-group about Passiflora longevity as there seems to be little know about it. Factors affecting lifespan include:-

This is the natural aging process caused, as in animals and humans, by free radical damage and telomere shortening. Telomeres are the repetitive DNA sequences at the end of chromosomes (think protective plastic tip on the end of a shoelace) and the more cells divide the shorter the telomeres get until they cannot divide anymore and the cells die. It is thought that programmed senescence in plants is controlled by abscisic acid and ethylene and possibly other plant hormones.

Whether being eaten by a donkey or a caterpillar or being damaged by other pests and diseases including nematodes, fungal, bacterial and viral infections, there are many threats to a plant both in the wild or under cultivation.

Dr Larry Gilbert of the University of Texas at Austin replied on the Passiflora-L-group summarising his thoughts as below:-

”Offhand I see no reason that hybrids should have longer or shorter life spans that pure parental species. In cultivation differential attention by growers confounds biology. In nature I do see big differences in Costa Rican Pacific wet forest sites. Among moreherbaceous, non-woody species, things like P. lobata are very ephemeral while P. talamancensis, P.costaricensis, P.nr. coriaceae individuals have survived in the same spots over two decades even as the forest has changed around them. Of other non-granadilla, non-astrophea species there that can become more woody and sub canopy to canopy lianas P. nr. lancearia, P. obovataand P. eueidipabulum, once mature, can probably become ancient but it’s hard to prove that from growing them and it is very hard to find the adults. Of species that are sub-woody and non so robust, P. auriculata may be the most persistent in the field. Starting in 1979 at my study site I not sure I’ve seen more than one or two wild plants disappear yet!

In other groups, P. quadrangularis will colonize a new tree fall, grow in three years to great size with woody stem the size of your arm, flower and fruit in the trees around the gap and in year five will be gone completely. The culprit is a stem-boring moth. Likewise, in the field and in cultivation many species that depend too much on a main stem die young from crown rot or pathogens or insects that girdle the disrupt the cambium (P. menispermifolia, P. oerstedii). Few of these plants found in the 1980s can be located today, and keeping them  in cultivation requires regular cloning. P. vitifolia is somewhat like this but in the field it is good at air-layering itself and surviving long periods of heavy shade as open sunny forest gaps where most Passifloragerminate close
over by forest succession.

Of the true woody lianas I have been surprised to see a relatively short life span of P. ambigua. Several canopy plants located on primary forest trails by falling fruit and flowers have simply vanished without obvious changes in the forest. Likewise P. ambigua planted in a garden plot grew to large size and flowered but did not last a decade. Meanwhile P. auriculata and P. pittieri transplanted there at the same time (1980) still survive with little attention.Speaking of P. pittieri, this astrophea is the longevity winner. This is the most woody and tough of all the species. Individuals transplanted in 1979 and 1980 to a screened building in the field now possess basal diameters of 12-15 cm. It seems certain that some of the huge and anonymous woody lianas one walks past in a lowland rain forest are the “big mamas” of this species. I planted in the ground of my screen house all the species we could locate on the Osa Peninsula (about 12-13 species) where they were more or less protected from Passiflora-specialist herbivores. Other than occasional pruning these plants and protecting them from major defoliation they were in nature. Today only three species survive in this facility: coriaceae, auriculata, and pittieri. The survival of these plants in the field correlates with what I see in the screen house. However, P. pittieri is the most persistent. We still visit plants first seen in 1977, as suckers of original forest vines coming up in pastures after forest clearing. These same plants are now poised to resume life in a forest canopy as mature secondary forest of 25 meters high has replaced pasture. I believe that persistent lianas like P. pittieri may be more ancient than the oldest trees in the forest.

Thanks for raising the question, I would not otherwise have thought of assembling my anecdotal observations. From personal experience I know that what happens in the field in terms of longevity may not translate to what happens in temperate zone glasshouses. One thing that occurs to me now that I think through what I have observed: the three survivors in my Osa screen house have in common the possession of a complex cyclopental cyanogen that has been of interest in our study of how Heliconius deals with Passiflora defensive
chemistry. Perhaps these rather unrelated species have independently hit on some chemical defense that promotes a long life because apparently it isn’tdegree of woodiness or taxonomic affinity…”
LG
3rd May 2008