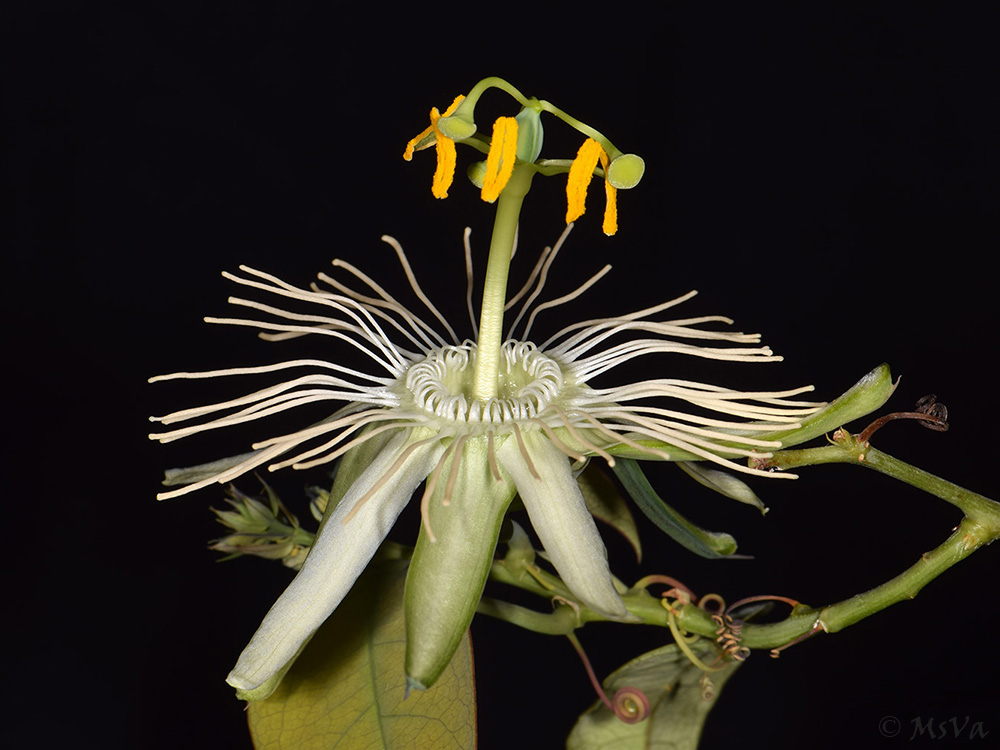 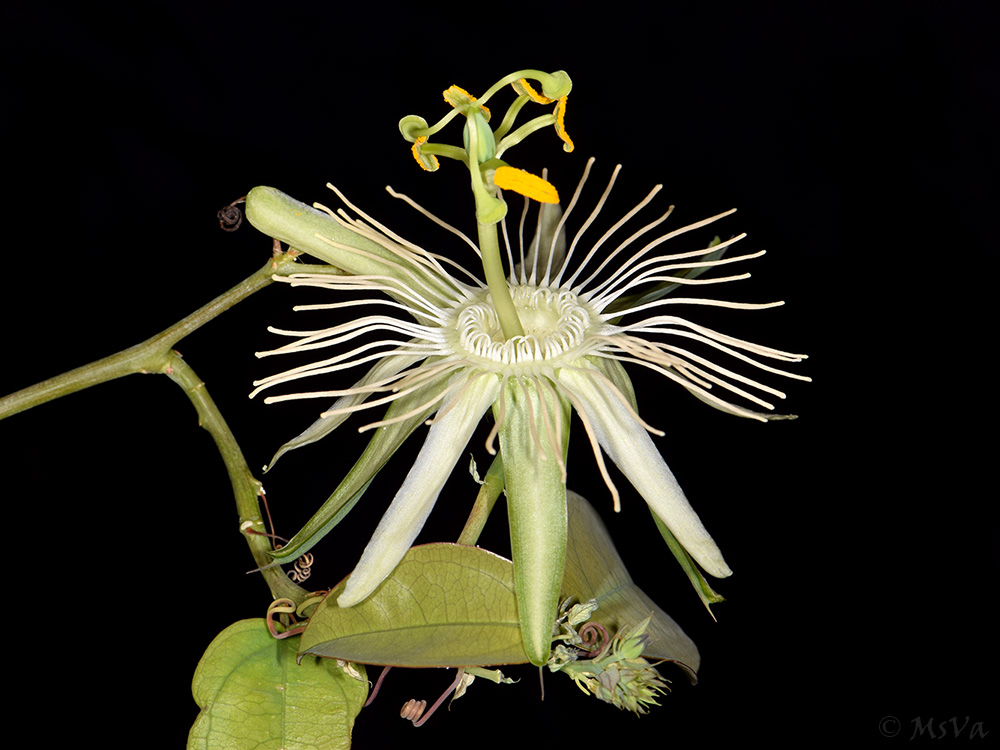 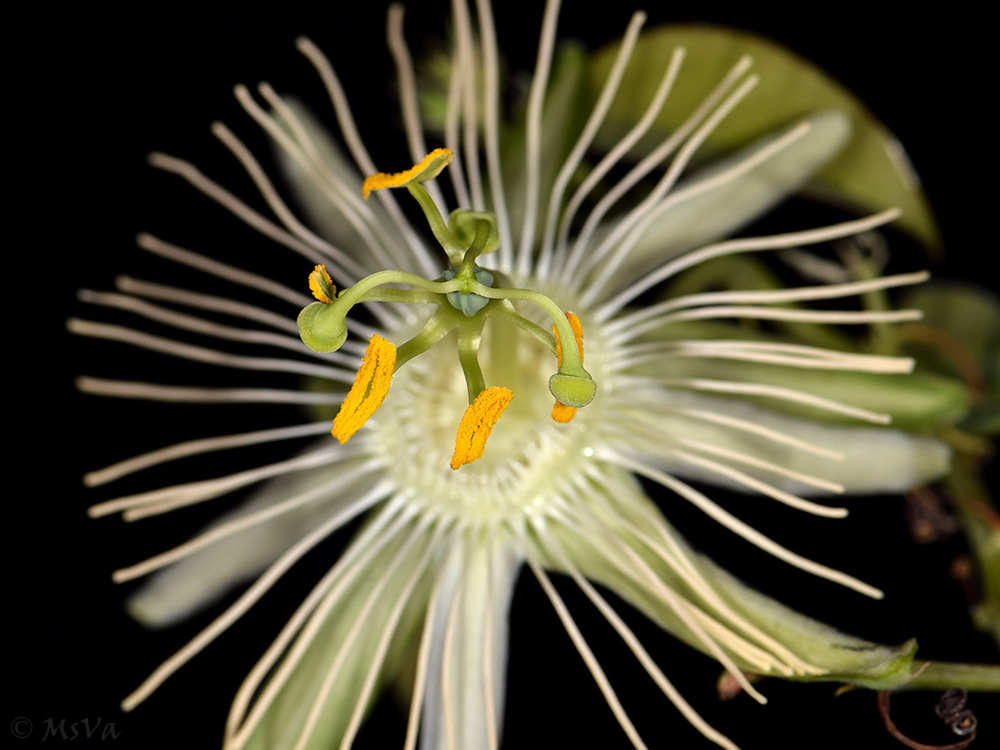 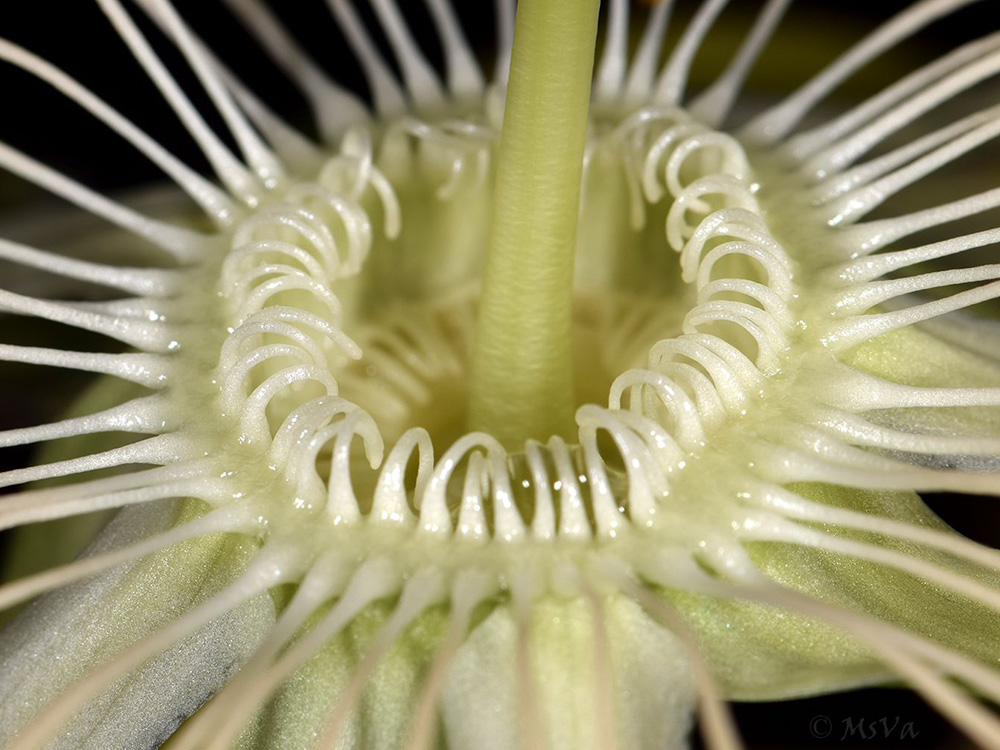 This intriguing plant was discovered by Christian Houel & François Thuys. It has some characteristics of both P. galbana and P. mucronata and it is unclear yet whether it is a new species. Perhaps it should more correctly be called P. aff. galbana.

P. “utinga” was recently collected in the municipality Utinga in the state of Bahia, Brazil. It flowers during the night and also its curved androgynophore with anthers on one side lead to the assumption that it is bat-pollinated. It has an unpleasent smell. First flowers appear in March in the greenhouse. I found it easy in culture and free-flowering already at a small plant of about half a meter length. So it was easier to cultivate for me then the similar species P. galbana and P. mucronata.