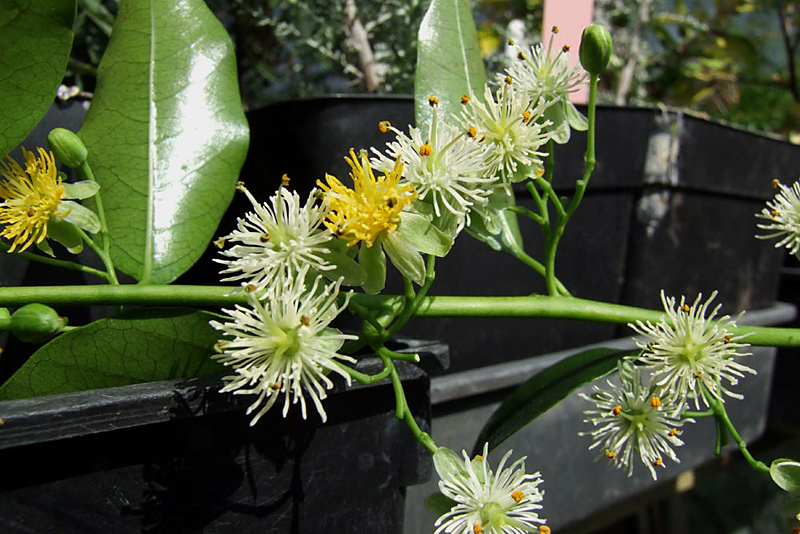 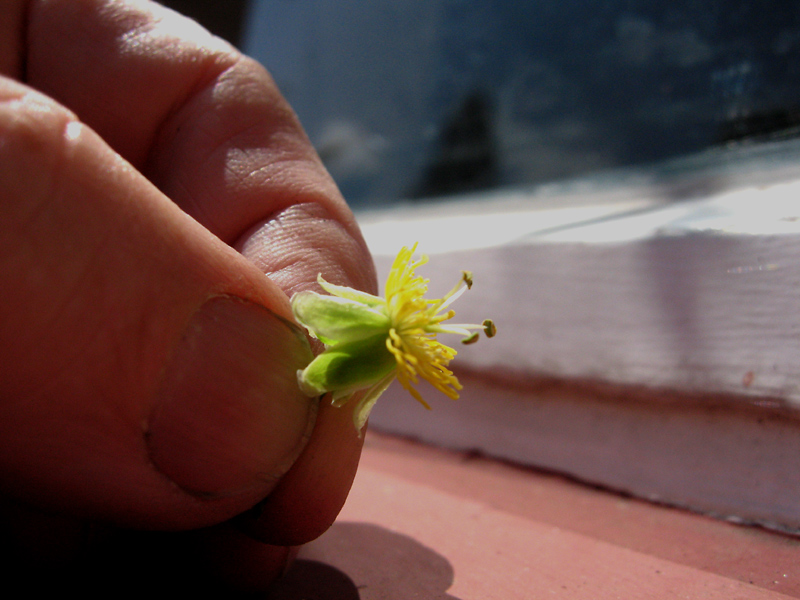 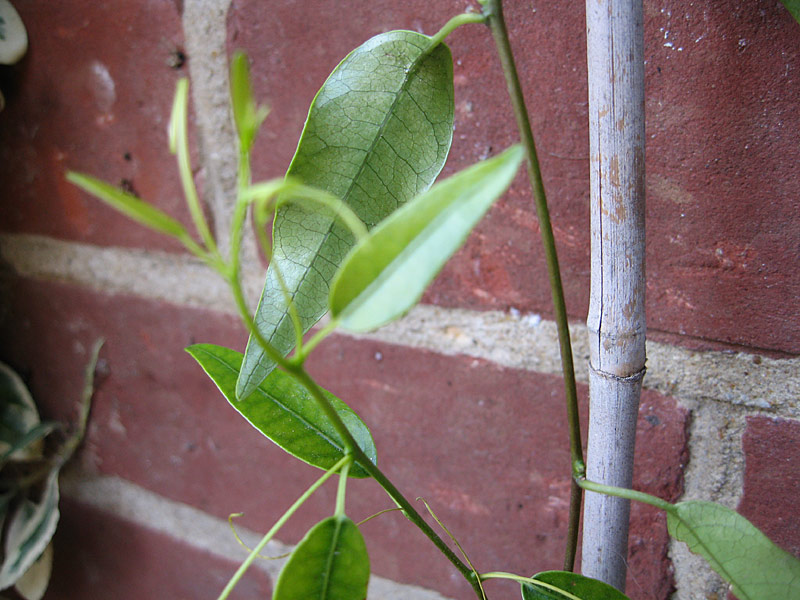 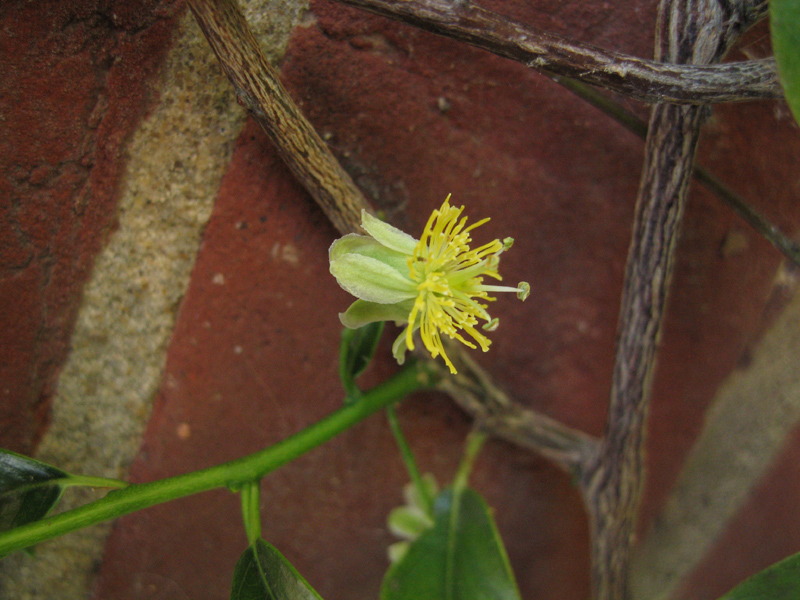 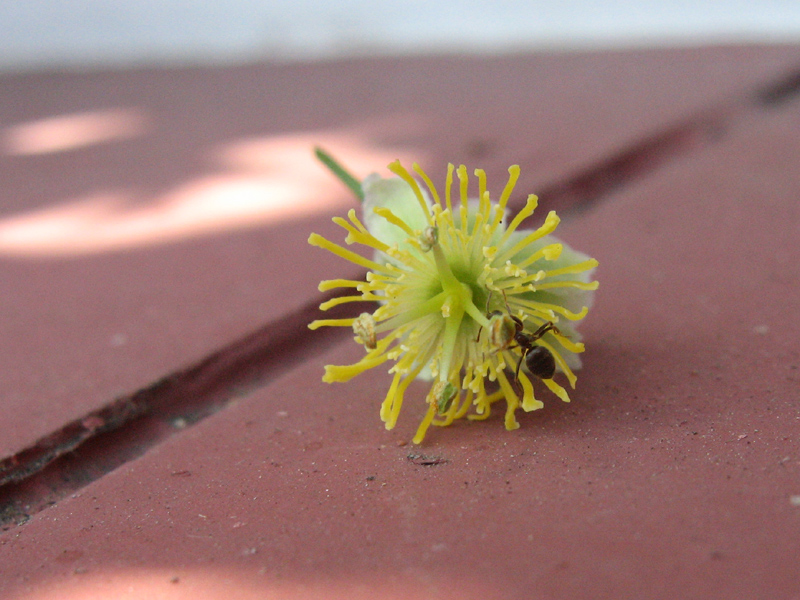 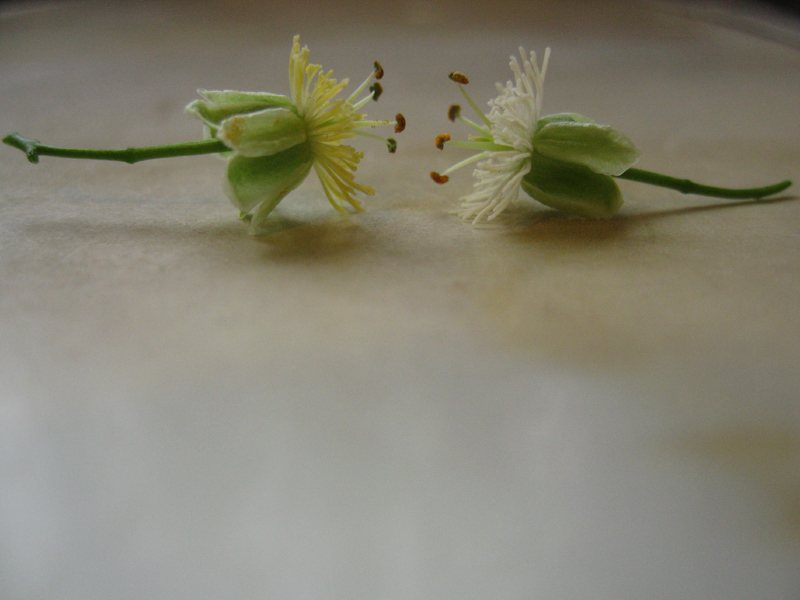 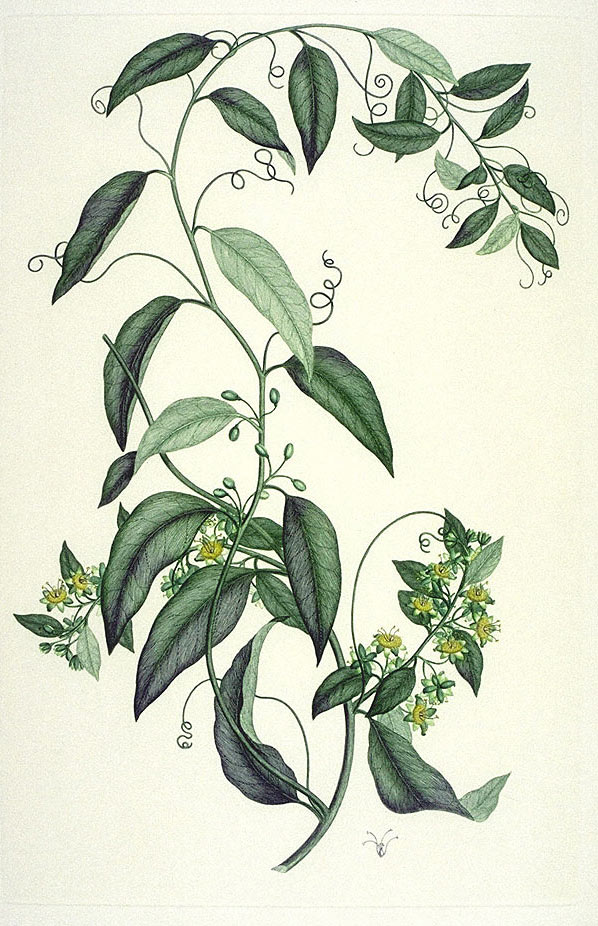 Passiflora tetrandra. Rare in Europe, but not thought to be under threat in its native New Zealand. A mature plant produces thousands of tiny honeysuckle scented flowers that change colour over a few days as they age. The fruit are edible and an edible gum can be extracted from the stems and a fragrant body oil from the seeds. (From PFAF.)

Dr Reto Gamma comments, ‘P. tetrandra seems to be closely related to Astrophea (tree Passion flowers such as Passiflora pittieri), furthermore, it is quite tough and survived the coldest winter in 30 years without any protection in Southern England.’

I totally agree. It will keep its leaves when other nearby Passiflora are defoliated by the cold. I suspect that it is the hardiest deciduous Passiflora.

Passiflora are rarely dioecious, meaning that the plants are either male (usually four stamen) or female with flowers to match. There are only two other Passiflora known to be dioecious, Passiflora kuranda from north-east Queensland and Passiflora aurantioides from New Guinea.