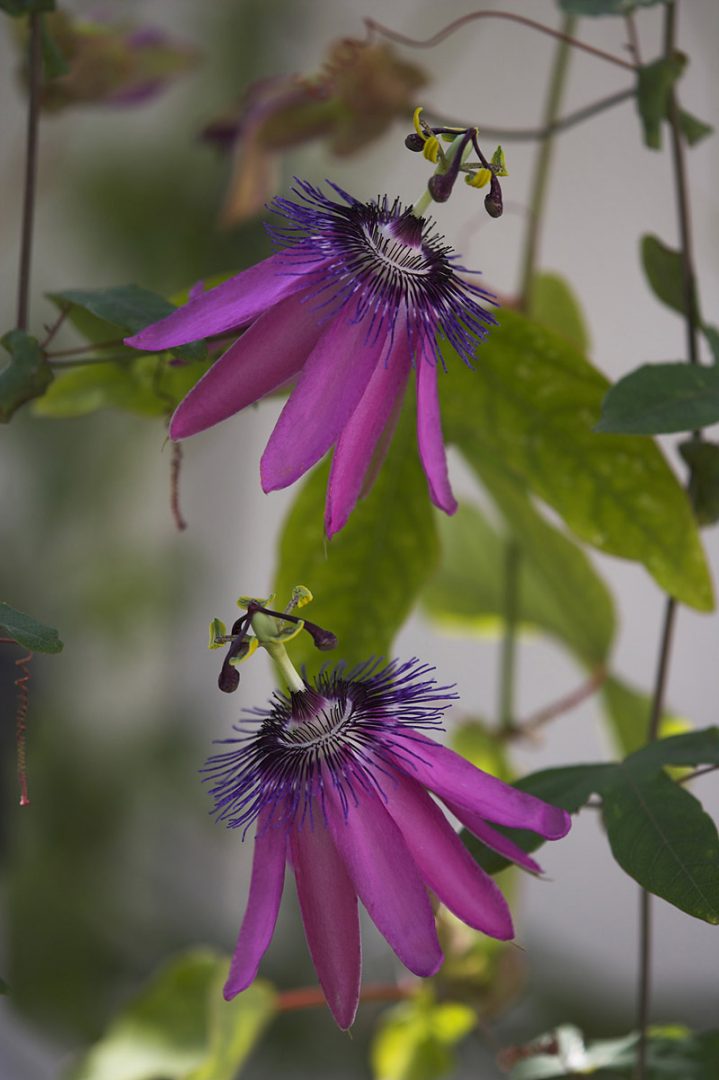 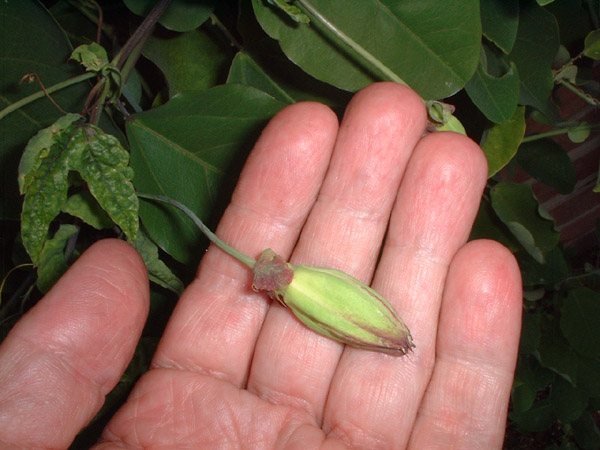 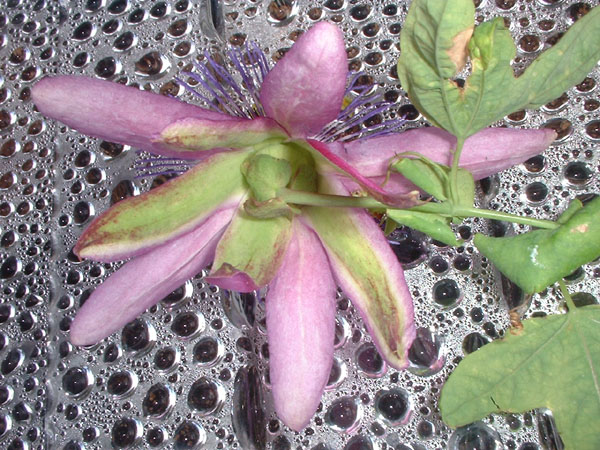 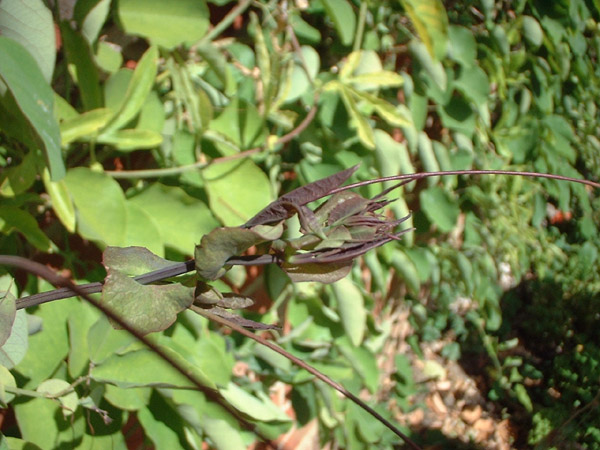 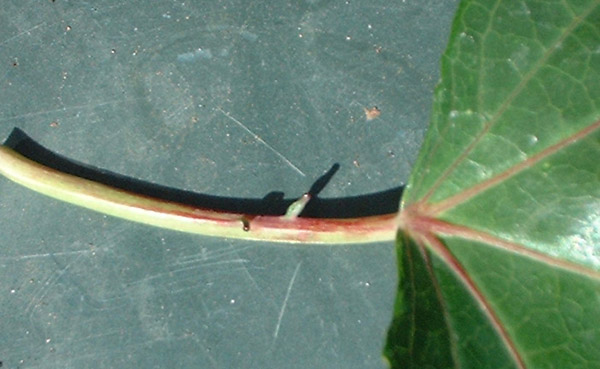 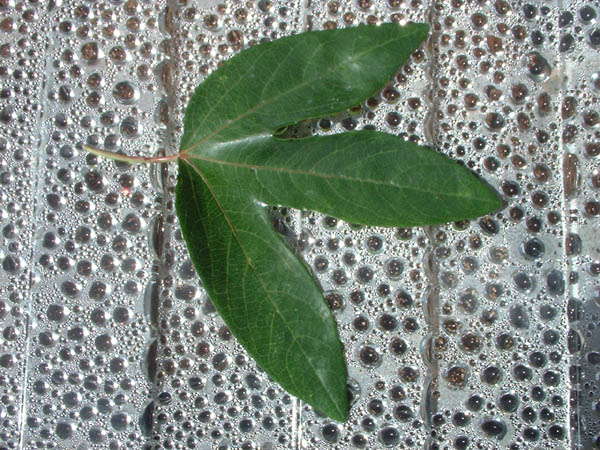 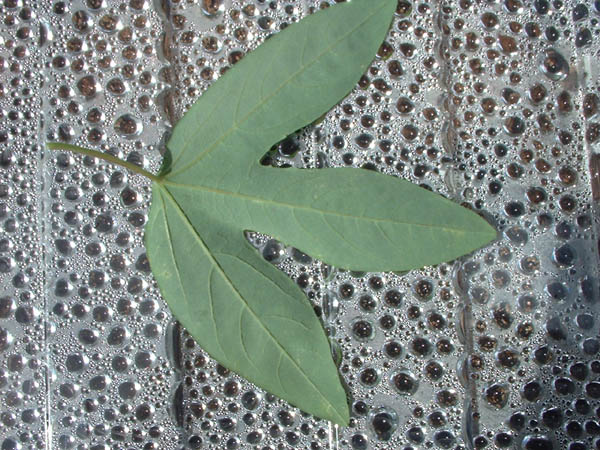 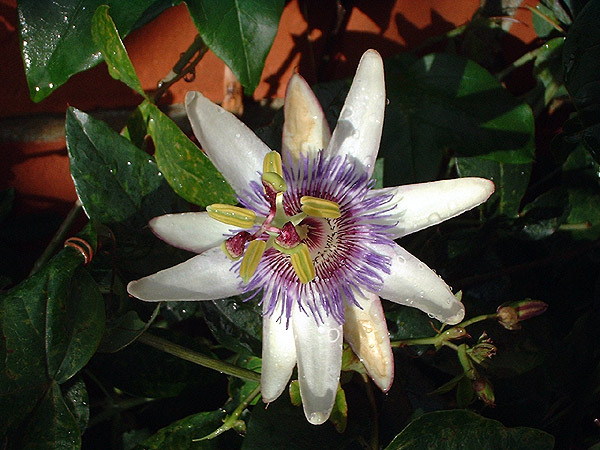 Passiflora ‘Amethyst’ is a very old UK hybrid. The Originator of this Passion flower is not known. It is thought to be a cross of P. kermesina and P. caerulea. After P. caerulea, it was for many years the second most widely sold passion flower in UK. It is very free flowering & hardy to –8° C/18° F or lower. I have had 65 flowers a day on a mature plant & a characteristic is that a young cutting produces buds very quickly. There has been much confusion between this & Passiflora ‘Lavender Lady’ which is a hybrid produced in USA in 1982 by Patrick Worley. Unfortunately P. ‘Lavender Lady’ is also a long standing synonym for P. ‘Amethyst’, although it should no longer be used. The P. ‘Amethyst’ x P. caerulea cross has given rise to beautiful hybrids such as P. ‘Star of Clevedon’ & P. ‘Star of Bristol’ produced in UK by John Vanderplank.

It is pretty clear that many of not all of the plants being widely sold in USA as P. ‘Lavender Lady’, for whatever historical reason, are P. ‘Amethyst’. Both others and myself have grown both side by side and they are the same plant.

I doubt that the confusions will ever be fully resolved, but for those who want to know more, see the papers below by the Passiflora Cultivar Registrar (2003-2011) Dr Leslie King and his colleagues:-