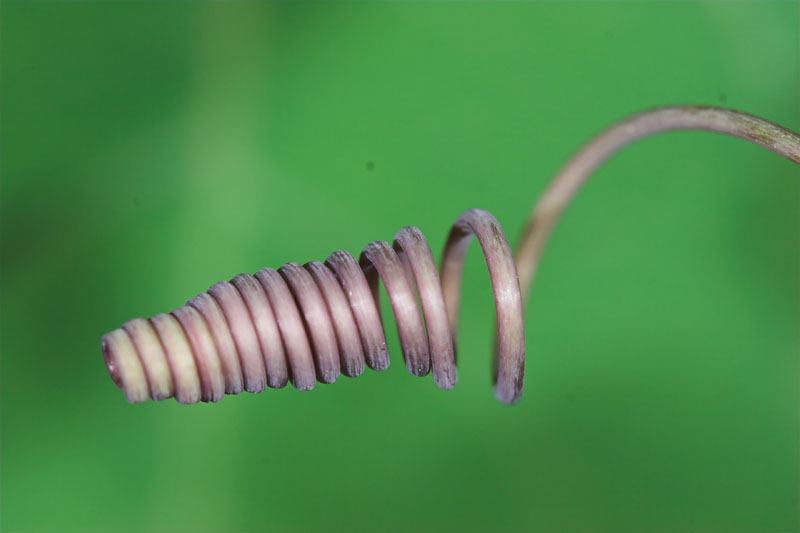 To find out more about the genetics of Passiflora flowering see here. For information on the complex genetic history of Passion flowers see the paper referenced below by De Melo & Guerra. Variability of the 5S and 45S rDNA Sites in Passiflora L. Species with Distinct Base Chromosome Numbers. NATONIEL FRANKLIN DE MELO and MARCELO GUERRA Annals of Botany 92: 309-316. 2003 Review by Dr Les King here.

”The base chromosome number proposed for the genus Passiflora is x = 6, with x = 9, x = 10 and x = 12. Different chromosome base numbers (x = 3, 6, 9) have been proposed for the genus, without a clear understanding of this variation and of the phylogenetic relationships among the species.Recently, Melo et al. (2001), revising the cytotaxonomy of the group, considered x = 6 as the most probable base number for the genus, whereas x = 9, x = 10 and x = 12 were considered secondary base numbers. However, the second-most probable base number, x = 12, appears to have played an important role in the evolution of the group because it is better represented in other genera of the family.

Therefore, with regards to the cytotaxonomy of this group, it is important to know whether x = 6 is derived from x = 12, or vice versa. The mechanisms of chromosome alteration most probably related to these changes are descending dysploidy (x = 12 6) or polyploidy (x = 6 12). This means that probably the n=9 group has evolved from the n=6 group by polyploidisation and subsequent loss of some chromosomes in evolution, but this is millions of years ago and the n=9 members are all true species now with a genome, that has diversified in the long time of evolution to true diploids. As the author says:“The 11 species analysed of the group with x = 9 are included in the subgenera Distephana (Juss.) Killip and Passiflora. They are diploids with one pair of 5S rDNA sites and two or three pairs of 45S rDNA sites.”

There is not a single species from the n=9 group known to be tetraploid in nature. The only report was about a tet incarnata found in the wild, but this report was little scientific.

Indeed evolution has some helping hands now and the development of more and more tets in the lab will give some speed to the process, because the lab tets have a good chance to be the start for a new group of n=18 in some millions of years. My ugly tet (amethystina ‘Minas Gerais’ x caerulea) frequently gives fruits with good seeds by cross-pollination between my two clones and by selfing. In tropical regions they could escape into the wild and spread into local regions with different selection pressure. The longtime result will be new species.”