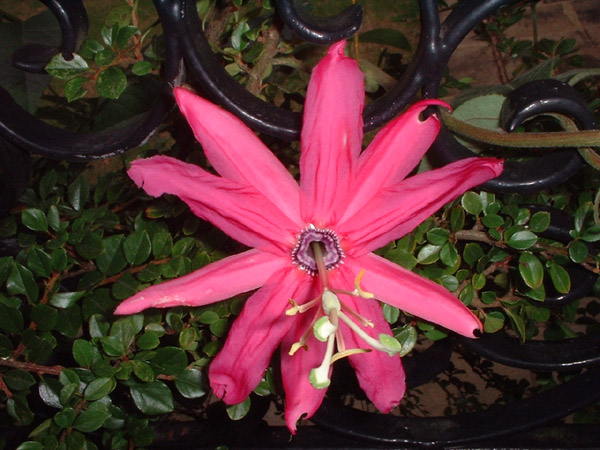 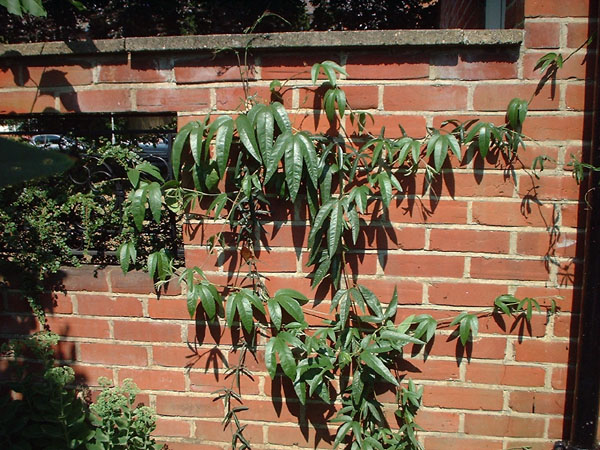 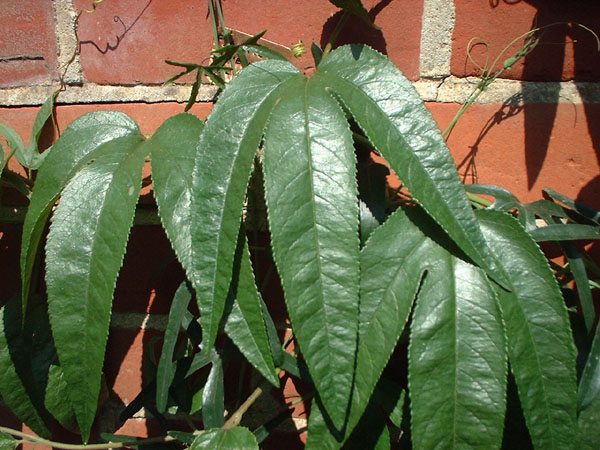 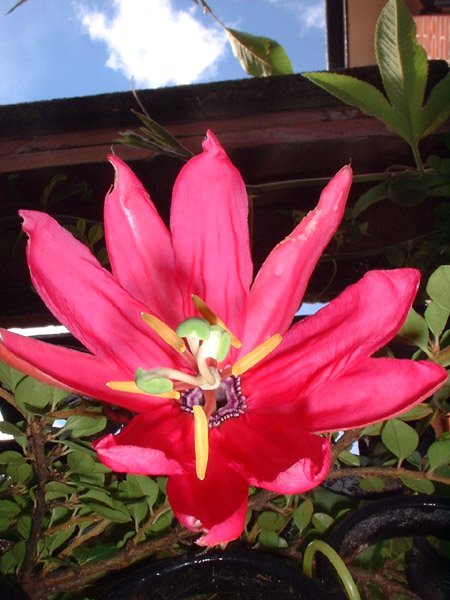 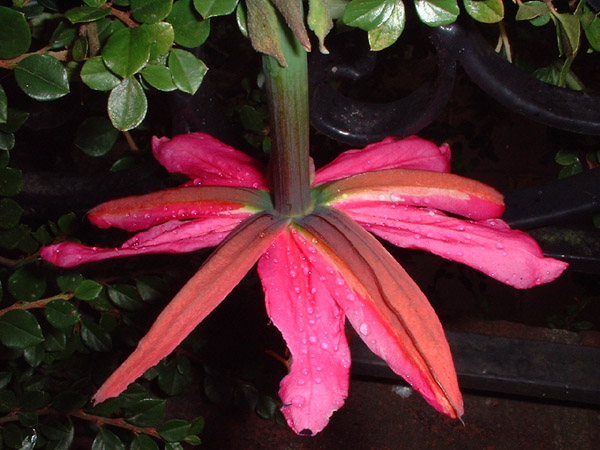 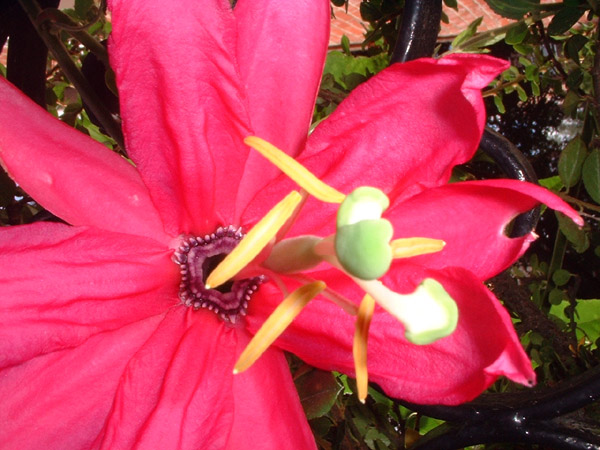 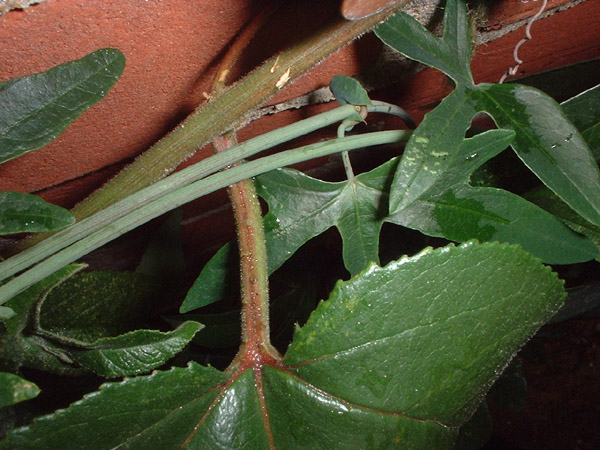 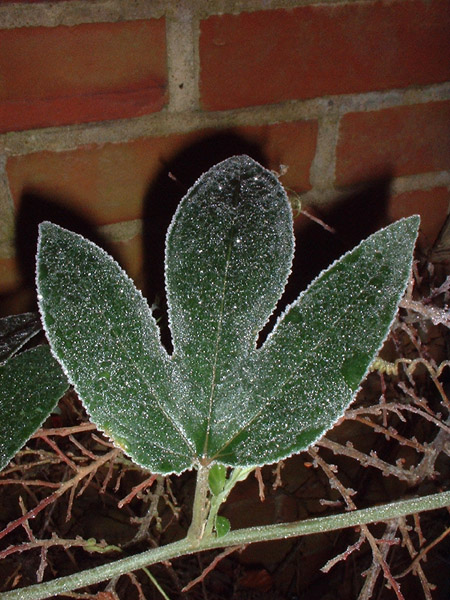 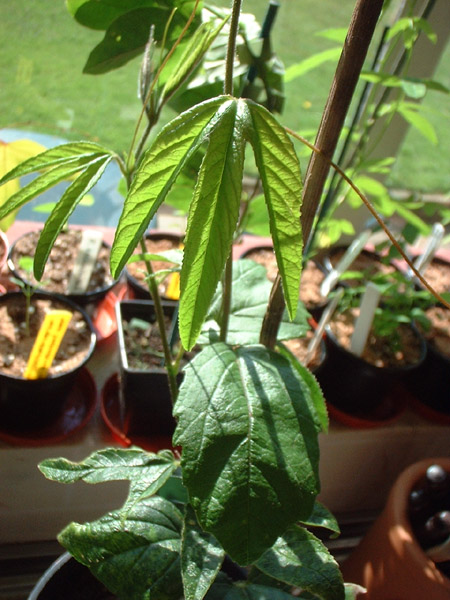 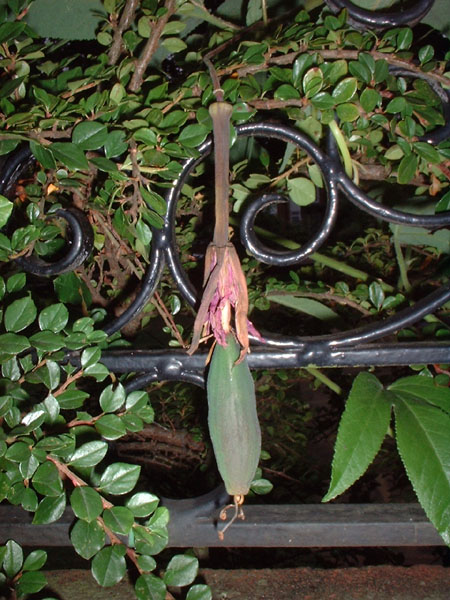 P. x exoniensis historically was often confused with & labelled as P. antioquiensis, they can be distinguished however when they flower. P. antioquiensis flowers are smaller & a little less showy, with the same petal colour inside & out & are produced on peduncles of 2′ to 3′ long. P. x exoniensis peduncles may be at maximum up to a foot with the inside of the flower being a fluorescent pink. The one pictured is probably the best of them with large leaves & stunning spectacular large flowers. It does not produce any pollen as far as I can tell, but will set fruit with pollen from other Tacsonia. It is planted in a sheltered spot so it does not get full sun all day – as like its parent P. antioquiensis it does not like too much heat. It is shy flowering in summer. Plant supplied by Hill House Nursery & Gardens Devon who wanted it identified.

Young cutting of P. x exoniensis showing dimorphism, meaning two different leaf shapes. In this case single & 3 lobed leaves. This is a characteristic of its female parent P. antioquiensis which just appears rarely on P. x exoniensis. It is common for juvenile & adult foliage to be different in many plants, but is far rarer for adult plants to produce adjacent leaves that are so different. Some other Passiflora, like quadriglandulosa & suberosa, also produce widely varied leaves as a defence against predators which then cannot recognise it. As P. antioquiensis is pollinated by hummingbirds, it would make sense that it would evolve to put off predators such as butterflies